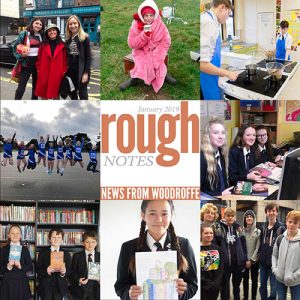 The past few weeks have certainly been interesting. It never occurred to me that the announcement of my plan to take early retirement at the end of this academic year would end up in The Daily Mail and The Daily Star. Indeed, events unfolded in a somewhat surreal manner, so at times it began to feel as if I had lost touch with reality completely.

The leadership team and the Chair of Governors were aware of my plan to retire before Christmas. I informed staff on the first day back and then wrote to parents. That was that, I thought. I then received a phone call from a researcher from The Daily Mail, informing me that a couple of parents had contacted her about my Christmas assembly and asking if I would care to comment. The assumption was that so many parents had complained that I had been forced to resign. I was at something of a loss for words. The discussion became all the more bizarre when the researcher began to link my assembly with the abandoning of the school song. When I pointed out that that was fifteen years ago, she was a little taken aback.

Meanwhile, I was mystified by what on earth anyone could find to complain about in a light-hearted assembly which essentially consisted of a few harmless jokes about Santa and Brexit. I asked my colleagues, all of whom were in the assembly, and none could really find anything worth reporting to the Mail. It didn’t take long for me to realise that, for The Daily Mail, the story had everything: teachers (and The Mail despises teachers); Santa; Brexit; and angry parents. At that point I knew they would write what they liked without any particular reference to the facts. So, I became the headteacher driven out of the school by angry parents disgusted at my wildly political, anti-Christmas assembly. A great story. Shame it wasn’t true.

I have a vivid picture of the Mail reporter, with glowing red eyes and a five o’clock shadow, slavering over his PC and delighting in the revenge he thinks he is exacting upon all the teachers who told him off when he was a boy. Similarly, I like to picture the aggrieved parents, fired up by social media, plotting over the garden fence to bring down the headteacher on the hill.

In the end, The Mail published a very silly article, and a few days later The Daily Star followed suit. I was particularly impressed to find myself sharing a page in the Star with David Duckenfield, the man currently facing prosecution for his part in the Hillsborough disaster. At least I wasn’t on the front page with Megan from Love Island.

I am grateful to Lyme Online and to The Bridport News for actually trying to find out the truth behind the story and for printing fairly balanced accounts. I am also particularly grateful to all those parents who have written to me offering support and thanks. I found it incredibly encouraging to receive, what can only be described as, waves of warmth towards the school during what could have been a particularly dismal few days.

And so, we can all move on. We will be appointing a new headteacher shortly and making sure the school continues to thrive. I’m now looking forward to quiet afternoons dozing on the couch and watching re-runs of Homes under the Hammer.