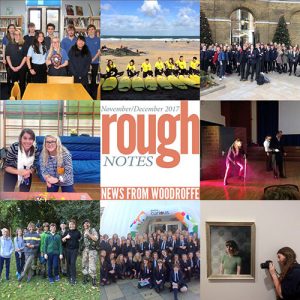 The Year 7 Panto trip to see Cinderella offers a tempting metaphor for the current state of the education system. Kept in thrall by the ugly sisters of the Department for Education and the government’s relentless austerity programme, there seems little hope that an invitation to the ball will be on offer any day now. Occasionally the good fairy is rumoured to be in attendance - the £1.3 billion extra funding announced by the Education Secretary in July, for example – but when we get to midnight, the money proves to be just as illusory as Cinderella’s magical coach. In Dorset, we have been waiting for the Prince to turn up with the glass slipper (in the shape of the School’s Forum) to shower wealth and happiness upon us.  At the moment, however, the Local Authority seems incredibly reluctant to hand over the footwear and plans are afoot to withhold a large chunk of the promised windfall to cover historic debts in other areas of local authority spending. So, as ever, we await better times: one day my prince will come.

But the Year 7s will have a ball at the Panto and that’s the main thing, and we look forward to hearing about it in the January edition of Rough Notes.

Christmas events came thick and fast as usual this year beginning with the PTA’s fabulous Festive Evening, an event that gets better and better, and which signals the start of Christmas for more and more people each year. Then there was the Carol Concert in St. Michael’s church and, of course, Christmas assemblies on the last day of term where every student gets a chance to hear the big band in full swing.

A new tradition begun the year before last by, the sometimes over-excited, Mr Brown and that’s the Sixth Form last-day-of-term visit to see the latest Star Wars movie. This year, the Radway cinema in Sidmouth will be lucky enough to host over a hundred Star Wars fans desperate to see The Last Jedi which, I have heard, is based loosely on the plot of Bing Crosby’s White Christmas.  And it is particularly embarrassing to report just how excited so many members of staff are about the arrival of this cinematic masterpiece.

Meanwhile, the work continues: Year 11 have completed their mock exams and Sixth Formers are now deeply absorbed in university applications and university visits.  This year it’s good to see that five students have had Oxbridge interviews and now anxiously await offers in January.

After a term of impressively hard work, I hope that everyone takes the opportunity to recharge their batteries over the Christmas break in readiness for what should prove to be another very successful Woodroffe year.

A merry Christmas to you all.