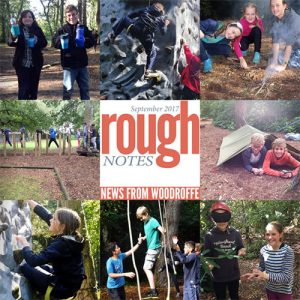 In a recent news article, I described Woodroffe as something of a hidden gem and, as we start a new academic year, this is an idea worth reflecting upon. It cannot be denied that, in the eyes of some, our closeness to one of the most selective grammar schools in the country casts a shadow over the school. I regularly encounter parents who are desperately disappointed not to have secured a place in selective education, and some never recover from the feeling of loss which this engenders. This then tends to blind them to a realistic appreciation of the quality of education on offer at Woodroffe.

Similarly, there are other factors which contribute to the school’s hidden status. Our position on the borders of Devon and Dorset, and not too far from Somerset, does us no favours. As a Dorset school, we are largely forgotten by the local authority, and, though more than fifty per cent of our students live in Devon, we are not, of course, considered to be a Devon school. As a result, we appear fleetingly in the Bridport News, which unsurprisingly focuses increasingly on Bridport, and only in the Lyme editions of The View From. We never make it into The Dorset Echo and, though the East Devon papers such as The Midweek Herald publish the things we send them, their focus is inevitably on Devon schools. This leaves us in something of a news vacuum which, I hope, Rough Notes and our excellent website do their best to fill.

Nationally, rural schools are rarely the focus of attention, especially if they are in the state sector, however high performing they are. I can never resist a wry smile when I hear heads of independent schools, however minor, described as ‘Leading head teachers’. State school heads are rarely described in this way. There are some amazing state schools in rural areas which are quietly forgotten and easily overlooked.

So, Woodroffe sits at the centre of a nexus of shadows and yet, by any measure, it is one of the most remarkable schools in the country. Our status as an Ofsted ‘outstanding’ school is a little out of date now but as an occasional lead Ofsted inspector myself I know that, were we to be inspected again, that status would undoubtedly be confirmed. Our work as a Teaching School has given us a national reputation and this has been enhanced over the last three years by our role as a National Maths Hub, one of only 32 in the whole country. Moreover, we are fully staffed by highly qualified subject specialists, we are oversubscribed in every year group, and we offer a range of extra-curricular activities which few schools in the region can match. We also have over a thousand students renowned for their good behaviour and enthusiasm for learning.

All this has undoubtedly been confirmed by the school’s recent examination performance. Woodroffe was the highest performing secondary school in Dorset in 2017, with 84% of students achieving the benchmark figure of 5 A*-C (or the new 4) grades including English and Maths, a figure well above that achieved by other local schools. Students enjoyed phenomenal success in the new, harder and more demanding GCSEs graded 9 to 1, with over 90% of students achieving the benchmark 4 and above in English and 88% in Maths. These figures also place us at the top of the Devon league tables (except for grammar schools). Woodroffe is therefore one of the highest performing schools in the West Country.